Mike and Pam Rozell are an amazing couple who travel the country using the gifts that God has given them to proclaim the name of Christ, and how His love is able to transform even the hardest of hearts. We are privileged to have Potter’s Field Ministries join us for not only our normal Sunday AM services(9am& 11am) on December 9th, but they are also going to be having an outreach at our 5pm service. Mudman Burgers food truck, a ministry arm of Potter’s Field, will be available all day at Godspeak so bring a friend, and an appetite!

Michael Rozell was a former regional marketing director for a Wall Street firm. Even though outwardly he was successful in sales for many years, a life of addictions gripped and enslaved him.

In 1987, two days after marrying Pam, a high school friend invited Michael to attend church at Calvary Chapel Costa Mesa and there he gave his heart to Jesus. Michael was miraculously delivered from his addictions and embarked on a new life in Christ. Not knowing the plans God had for him, Michael spent the next five years seeking God’s will for his life, fully surrendering his ‘all’ in 1991. The Lord moved him out of sales and Michael began his life of ‘walking by faith’ not knowing what the Lord had in store for him.

A potter since the age of fourteen, Michael found that Jesus was calling him to use this talent he had been graciously given to further God’s kingdom in a special way. In 1992, Michael & Pam presented Potter’s Field Ministries for the first time at a women’s retreat. Michael has been an ordained minister/evangelist of the gospel of Jesus Christ for the past twenty-three years. He & Pam travel full-time presenting Potter’s Field Ministries in over 100 church services each year across the United States and abroad.

Potter’s Field Ministries stands as a testimony of God’s ability to bring beauty out of ashes.

God has truly fashioned a ministry that understands the power of unity and is doing its part to unite the Body of Christ in our common call to spread the Gospel until the whole world really does hear!

Though Michael had a background in marketing, the Lord told them they would never “market” their ministry as they both did with their vocations in the world. They were to “walk by faith” for the bookings and to trust Him completely for their provision. They are still doing this today, 25 years later. 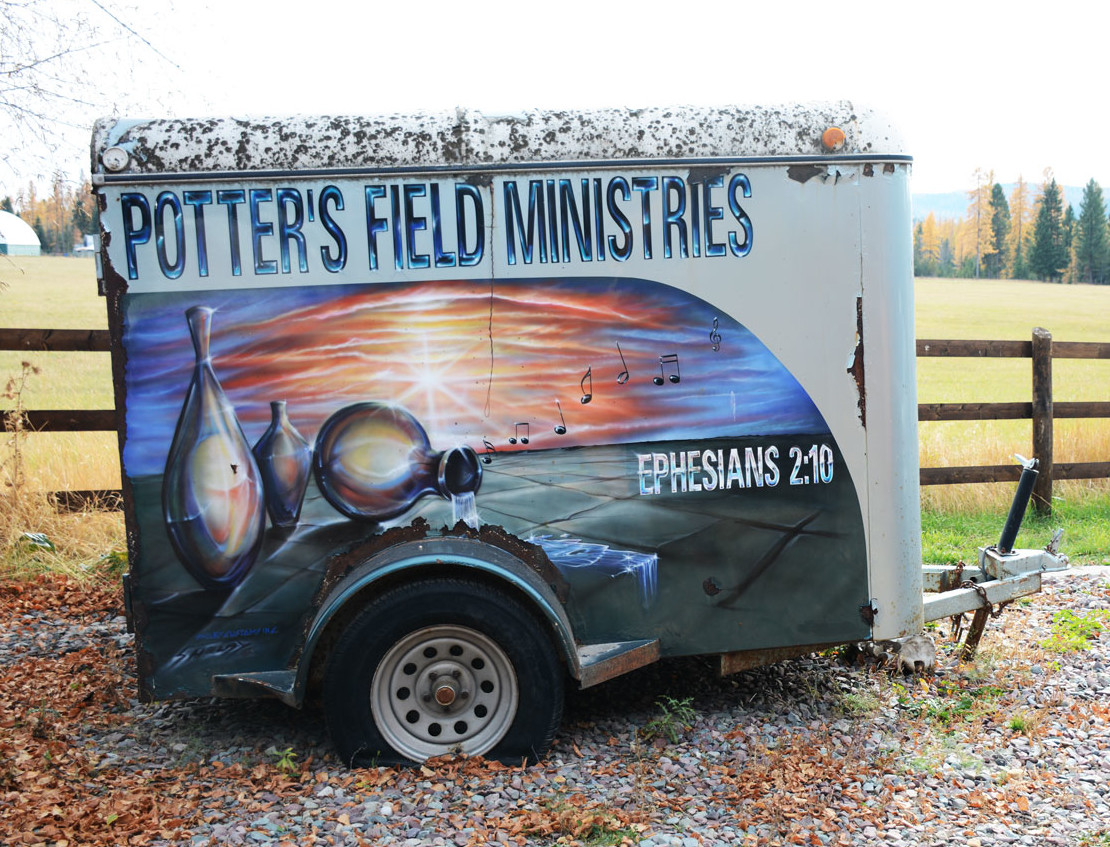 (Thousand Oaks, Ca) Less than 24 hours after the mass shooting at Borderline Bar & Grill, Thousand Oaks residents are faced with yet another crisis as dry Santa Ana winds fan the flames of fires […]

(Ventura County, Ca) Opioid Abuse in Ventura County is on the rise and CVS Health (NYSE: CVS) has announced that the CVS Health Foundation will award $330,000 in grants to community health centers in California […]

(Thousand Oaks, Ca) The Thousand Oaks Police Department Traffic Unit will be conducting a Driver’s License/DUI Checkpoint on July 21, 2018, at an undisclosed location(s) within the city limits. The deterrent effect of High Visibility […]