(Sacramento, Ca) Assemblyman Evan Low (D- Cupertino) has sponsored a bill that declares books and conferences dealing with biblical views on homosexuality or transgenderism as fraudulent under the state’s consumer fraud statute, which means churches could not teach their religions teachings in these areas. Ultimately, this could penalize those who encourage and promote biblical views of marriage and sex.

Assemblyman Low, who has shared that he himself is gay, has quoted on his personal website, “There is nothing wrong with who I am or who any of my brothers and sisters are in the LGBT community. It’s time to treat everyone with the human dignity that we all deserve, while celebrating our identities.”

Existing law prohibits mental health providers, as defined, from performing sexual orientation change efforts, as specified, with a patient under 18 years of age. Existing law requires a violation of this provision to be considered unprofessional conduct and subjects the provider to discipline by the provider’s licensing entity.

According the California Family Council, AB2943 is an assault on the Bible.

However, take a moment to google “conversion therapy” and a myriad of websites and testimonials pop up with people explaining their success with these programs.

One story reads, “When I started therapy my homosexual activity was almost a daily thing. I lied to my wife all the time, I was always out screwing around with many different people…Today I have zero interest in gay stuff. But I realize that after years of a habit pattern, I still have to be vigilant. I’m learning to recognize the things that could still lead me back down into the graveyard of that thought process, and I try to prevent that from happening and I have learned how to minimize that.”

With the amended legislation, stories like these would be censored in the state of California.

Meanwhile, many Christians are voicing their anger on social media.

“Ridiculous. Next they will ban books about conversion. An adult should make their own decision if they want that kind of therapy, not the state,” one Facebook commentor said after seeing the story.

AB 2943 is currently in the California Senate and has been assigned to the Senate Judiciary Committee as of May 3, 2018. 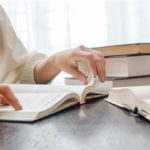 (Oxnard, Ca) With kids out of school (almost) and the onslaught of summer heat, enjoying a cool evening at twilight with local food and entertainment in Downtown Oxnard may be the right event for you. […]

(Oxnard, Ca) Honoring veterans that paid the ultimate price for our freedoms make Memorial Day an event as much about pride as it is about sorrow. But for those serving today, Oxnard community members will […]

Superintendent Urges Student to Remain in Class During National Walkout.

(Oxnard, Ca) Oxnard Unified School District Superintendent Dr. Cesar Morales shared an announcement with parents, students, staff and faculty that he “encourage(s) all parents and guardians to continue the dialogue with students about how these […]