(Scott Valley, Ca) CrossFit, Inc. has announced the first workout of the 2019 Reebok CrossFit Games Open, the world’s largest participatory sporting event. At the end of the Open, National Champions from over 100 countries will qualify for the world championships in August, where a $2,800,000 prize purse and the title Fittest On Earth® will be awarded.

Live announcements of the first Open workout were broadcast simultaneously from Paris, São Paulo, and London. During the London announcement, past champion Samantha Briggs set the tone for the annual competition by earning a world record. Over 300,000 athletes now will join her in the five-week competition to determine the fittest man and woman in their respective countries.

The CrossFit Games Open is for athletes of all ages and abilities. It is a grassroots competition that developed into a global phenomenon. This year, more than 12,000 CrossFit-affiliated gyms will host the workouts, in addition to military bases, corporations, and college campuses. Athletes in the Open rank themselves not just against the fittest in the world but also friends, peers, and cohorts based on age and personal identifiers such as #mom, #doctor, #adaptiveathlete, and more.

CrossFit is the exercise phenomenon that has taken the world by storm with its minimalist gyms and intensely loyal following with participants that can run to the gym from their home with bricks in the backpack to coaches that commit countless hours to the success of gym members and the WOD (Workout of the Day). 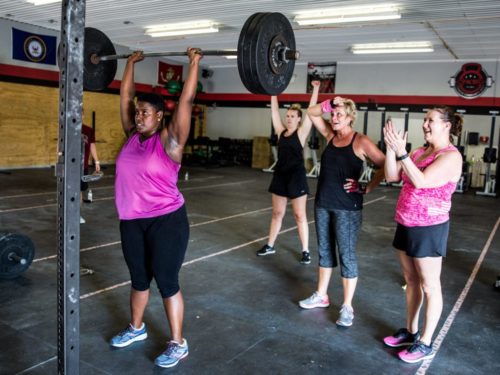 In 2015, Crossfit had just 13 gyms. Today there are more than 13,000 in 120 countries worldwide with an estimated fail rate of just 2%. It is the biggest fitness trend in the world with an estimated 4 million devotees.

The 2019 Reebok CrossFit Games will take place Aug. 1 through Aug. 4 in Madison, Wisconsin, U.S. Last year’s festival drew 20,000 in daily attendance, with many spectators traveling from outside the U.S. The final field of athletes at the Games will include National Champions from the Open, the top 20 athletes on the worldwide Open leaderboard, four at-large invitees, and the winners from 15 of CrossFit’s recently named Sanctionals competitions. Sanctionals are independent fitness events, licensed by CrossFit, that earn top individual and team competitors invitations to the CrossFit Games.

During the Open, official standings can be found at Games.CrossFit.com/Leaderboard. Standings can be sorted by country, division, and numerous other filters. Each week of the five-week competition will bring the announcement of a new workout, live at 5 p.m. PT. Standings will be updated each Monday at 5 p.m. and conclude on Monday, March 25.