(Ventura, Ca) A former music teacher who contracted with a number of school districts in Southern California was arrested today pursuant to a federal grand jury indictment that alleges multiple crimes against children, including the production of child pornography.

None of the victims in this case are located in Southern California. 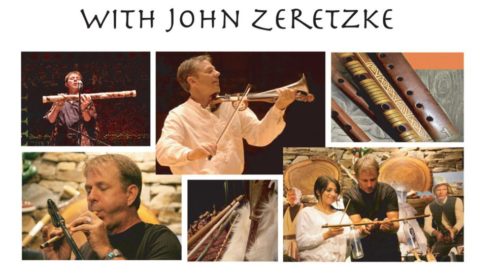 According to the Department of Justice, John Edward Zeretzke, 60, of Ventura, was arrested without incident by the United States Postal Inspection Service and the Los Angeles County Sheriff’s Department. Zeretzke is expected to be arraigned on the indictment in United States District Court in downtown Los Angeles.

The five-count indictment alleges that Zeretzke coerced a female minor to produce child pornography, that he attempted to entice another victim to send him sexually explicit images, that he traveled to the Philippines with the intent to engage in illicit sexual conduct with other minor victims, and that he twice received child pornography over the internet.

An indictment contains allegations that a defendant has committed a crime. Every defendant is presumed to be innocent until proven guilty in court.

If convicted of the charges in the indictment, Zeretzke would face a statutory maximum penalty of life in federal prison. He also would face mandatory minimum sentences for several of the offenses, including a mandatory 15-year prison for the offense of producing child pornography.

This case is being investigated by the United States Postal Inspection Service and the Los Angeles Sheriff’s Department, Special Victims Bureau.

This matter is being prosecuted by Assistant United States Attorney Justin Rhoades, Chief of the Violent and Organized Crime Section.